If a friend or someone in the family is to be treated in a mental facility, we try to find the best facility for them. After all, the goal is for them to get well, and we believe that our choice of hospital is vital for the person’s recovery. In Illinois, when we speak of psychiatric facilities, one hospital easily comes to mind. That is Elgin Mental Health Center or EMHC.

As the second oldest state hospital in Illinois, this facility opened in 1872 under its former name, Northern Illinois Hospital and Asylum for the Insane. The first-ever physiological measurements of mental patients were recorded by the Elgin Papers back in the 1890s. By 1997, the Joint Commission for the Accreditation of Healthcare Organizations gave EMHC its commendation for two years in a row.

How the hospital was developed can be broken down into five phases. The first phase ended in 1893. A stable leadership was responsible for the gradual growth during this period.

After this phase, the hospital immensely grew to more than twice its size. This second phase, which ended by 1920, was characterized by a lot of politicking, leadership changes and power struggles in the system.

For the third period, growth was more rapid. Hospital population, which reached its peak by the 1950s, increased for both geriatric and veterans. This is because the period was post World War I and World War II.

By the time the third phase ended, hospital population declined. During this phase, psychotropic medications were introduced. Other milestones for this period include the development of community health facilities, deinstitutionalization, until the decentralization of decision-making and authority. This fourth phase ended until the 1980s.

The last phase is what some call the “rebirth.” It began in 1983, when hospital census was at its lowest. Because of this, the hospital was on the verge of closure. However, the state decided to close Manteno Mental Health Center instead.

During this time, the hospital was practically rebuilt. While the old buildings used a congregate model called the Kirkbride plan, new physical facilities were added such as cottages in order to adhere to a segregate plan. There are two divisions, civil and forensic. Each division has an acute treatment center, office and conference rooms which faculty and trainees can use.

Forensic programs were further developed, and new affiliations with medical schools were also made. Affiliations include that with The Chicago Medical School, among others. An increase in educational activities showed that EMHC is also concerned with the education of future doctors and medical graduates.

At present, admissions are close to 1300 annually. Patients are usually African-American, Euro-American and Hispanic. The hospital holds 582 to 600 beds and about 40 full-time physicians.

Just like any health facility, EMHC is harassed with problems and controversies with respect to their policies and programs. Nevertheless, Elgin Mental Health Center continues to do what it is supposed to do, and that is to provide the best treatment for their patients. 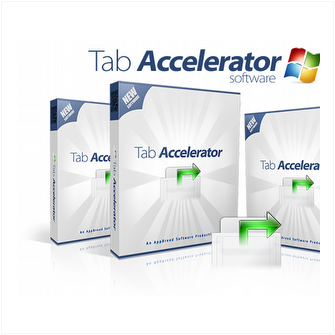 Around the world every day, people get free samples that they order online from the comfort of their own homes and they dont even [...]
Read More
⇛ view similar products
Free stuff mastery

Around the world every day, people get free samples that they order online from the comfort of their own homes and they dont even [...]
Read More
⇛ view similar products
Success At Wedding Reception

How To Be A FUN Wedding MC is jam packed with checklists, activities, scripts, and step-by-step procedures that guide you through [...]
Read More
⇛ view similar products
Make $9,393 In Just 28 Days

FREE TRAINING: How You Can Generate $1000 's Online With This Simple 3-Step System
video proof 👇👇👇